With majority of companies being stuck in the exploration phase, Blockchain has a big potential of transforming operation models of multiple industries. Blockchain technology is rapidly booming in Financial Services sector and IDC predicts that at least 25% of the global banks will incorporate Blockchain in their operations by 2019. However, it is not only the financial sector that Blockchain is set to disrupt; manufacturing, healthcare, retail, telecom, government, and education will also see rapid evolution and acceptance of this technology.

According to the World Economic Forum, investing on Blockchain startups is estimated at US$1.4B in the past 3 years. The emergence of multiple Blockchain platforms through companies and start-ups such as Private (e.g. Multichain) or Consortium (e.g. HyperLedger) or Public (e.g. Ethereum) is providing organizations at different avenues to meet their requirements.

Adoption of Blockchain has few challenges, which includes understanding and implementation of the technology, lack of standards and robust platforms. The applications to run on Blockchain is a future important aspect of Blockchain technology.

The potential of Blockchain technologies to grow across various domains can be illustrated with a few possible use cases as shown below: 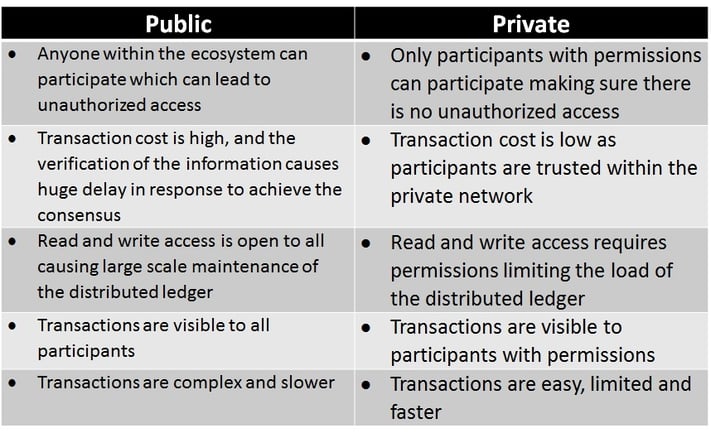 With the rapid growth of technology, there are many loopholes that are being discovered on the go. Organizations implementing such solutions could have infrastructure issues with an insecure Blockchain technology.

Highlighted below are some of the security issues during Blockchain implementation: